But no one took those stories seriously. So what if there were other folk in the world? They were of no interest to the Oyster and its crew.

The ship was what mattered. The ship was a world in itself, it was life and shelter, birth and death, love and hatred and protection against the elements. It was all any of them had ever known or wanted. Petrel pinched herself.

The Oyster was already more than halfway past the berg, and if she didn't act quickly it would retreat into the distance and she would never find out who this — this stranger was, and where he had come from. She dived through the hatch, pulling it shut behind her and taking a stub of iron from her pocket. 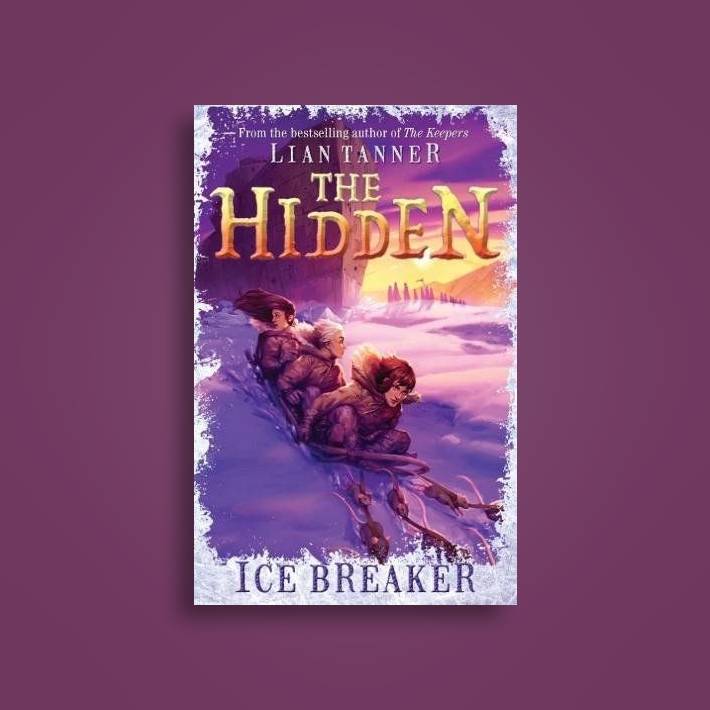 There was a pipe running along the base of the bulkhead. Petrel banged a message on it in Engineer code. She didn't sign it; no one would take any notice of a message signed Petrel.

She just sent it on its way with an anonymous tap tap tap, so that it could have come from anyone. The echoes rattled through the pipe, all the way down to the engine rooms. Petrel pictured her uncle, the Chief Engineer, cocking his head to listen. She imagined his lips curving in a humorless smile. The lack of other messages in the pipes told her that she was the only one who had seen the boy. The Officers on the bridge should have seen him, but maybe they had been looking the other way, or had mistaken him for a seal. Whatever the reason, it meant that First Officer Orca, who was Dolph's mam, could not possibly have said, "Don't stop.

She went back out to the foredeck and waited, shivering, until she heard a change in the constant grumble of the engines. It was only a minute or two, but it seemed like forever. The boy on the berg, slowly retreating into the distance, didn't move.

But she would not let herself believe it. She wanted to know who this stranger was, and how he had come to be on a berg in the Oyster 's path. She wanted it more than anything — except perhaps a good feed and a warm safe bed. As soon as the ship stopped, Petrel slipped back inside the hatch and tucked herself into a corner where no one would notice her.

The pipes were rattling again — this time in general ship code. Furious messages raced between the bridge and the engine room, and Petrel automatically translated them. Petrel could hear a score of feet pounding up the Commons ladderway. She felt the blast of cold air as the hatch was dragged open, and heard the footsteps race towards the only seaworthy lifeboat.

Then the hatch slammed shut again, and she was left chewing her nails, with no way of knowing what was happening outside. She closed her eyes and tried to picture it. The berg would be well past the Oyster 's stern by now. Perhaps the Engineers would decide it was too late. Perhaps they would think the boy dead, and not worth rescuing.

Petrel shivered and pulled her ragged coat tighter. The monstrous fish known as the Maw had been following the icebreaker for as long as anyone could remember. Sometimes it wasn't seen for weeks, or even months. But as soon as someone died, and occasionally even before they died, it roared up from beneath the waters with its massive jaws agape, waiting for the corpse to be thrown overboard.

The Maw frightened Petrel more than anything in the world.

Why SNOWPIERCER is a sequel to WILLY WONKA AND THE CHOCOLATE FACTORY:

More than Orca. More even than Uncle Albie. According to Dolph — the information shouted across the afterdeck two years ago — shipfolk had argued long and hard over Petrel when she was a baby. Many of them had wanted to throw her to the Maw, along with her parents. Shipfolk killed 'em and chucked 'em overboard, and good riddance. Pity you didn't go with 'em.

Reckon the Maw thinks so too. Reckon it feels cheated. Reckon it's down there waiting, and one day it's going to get you! And having delivered that terrible opinion, Dolph had linked arms with her friends and strolled away laughing. Today however the Maw must have been elsewhere.

Petrel sat bolt upright as the pipes rattled out a new message. The next thirty minutes passed so slowly that Petrel felt as if the world had come to a standstill.


There were no more messages in the pipes, but Orca's anger seemed to filter through every part of the ship, so that even the gurgle of the ballast system and the crack of ice against the hull took on a furious note. The Braid border guards were doubled, then tripled. As Petrel watched, a dozen of them positioned themselves on the Commons ladderway, arms folded, so that no one could pass. Nicknamed the Nothing Girl, Petrel has been ostracized ever since her parents were thrown overboard as punishment for a terrible crime.

But Petrel is a survivor. She lives in the ship's darkest corners, and trusts no one except two large gray rats - that is, until a mysterious boy is discovered barely alive on an iceberg, and brought onto the ship. He claims to have forgotten even his name. The tribes don't trust strangers, so Petrel hides the boy, hoping he will be her friend. What she doesn't know is that the ship guards a secret - a secret the boy has been sent to destroy.

Tanner the Keepers trilogy offers an unusual take on the post-apocalyptic genre with this chilly tale of life board a massive ship that has been traversing the frozen seas for three centuries, ever since the Anti-Machinist movement caused the collapse of society. Petworth Bookshop Ltd Opens at Call Shop. Description Twelve-year-old Petrel is an outcast, the lowest of the low on an ancient icebreaker that has been following the same course for three hundred years. Show more.

People who looked at this also viewed LIVE. Limited Stock.